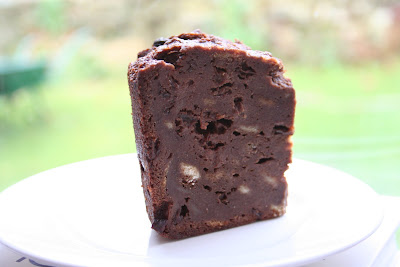 Not two things you could eat in the same week... The cabbage soup diet, also known as the Mayo Clinic Diet, or the Sacred Heart Memorial hospital diet... No institute wants to take claim of this diet. It is a fad and it works because your calorie intake is so greatly reduced you'd have to be really in touch with your inner sloth not to lose weight on it.

Basically a homemade vegetable soup that you make vast quantities of and eat every day for a week. On top of this, day one you eat fruit, day two you eat veg but no fruit, day three you eat fruit and veg, day four you eat bananas and drink skimmed milk but no fruit or veg and only the soup, day five you introduce chicken or beef and veg, day six you have chicken or beef and veg, day seven you eat brown rice, veg and drink unsweetened fruit juice...

It's a ball I tell you. By day four I was ready to pass out when I woke in the morning. A few bananas later and I resolved to stick with it. I lost 10lbs by the end of the week. Great.... whoopdeeedooo, I was overjoyed but now I'm p'd off with myself for feeling the need to take such drastic measures and why can't I just show some restraint and eat sensibly... Or why can't I be happy with my curves, I go in and out in the right places, a boob job might put me in proportion more being pear shaped but I'm not going there. I mean do the likes of Julia from A Slice of Cherry Pie actually eat all the gorgeous things they make? Julia you're so thin, how do you do it? Actually I don't want to know because I'll feel like a failure if the answer is it's your genes or that you're sensible for 5 days out of 7. I don't really agree with slimming diets and yet there I found myself feeling mighty fine as the weight fell off me. Like most teenagers I succumbed to a little eating disorder for a few years, until I got a life that is. So I do know how dangerously addictive the whole weight loss thing can be, to fall into the trap of thinking that skinny = sexy.

Chocolate Bread Pudding (or how to gain back the 10lbs you lost quickly pudding...)

12 thick slices of stale bread, white, brown, a mixture of the two, you choose.
a large handful of raisins
a large handful of sultanas (if you like them or up the raisins)
75-100g light brown sugar, or white if that's all you've got
350ml milk
1 egg - beaten
one bar of good quality dark chocolate (70% cocoa), broken into pieces
Optional half a teaspoon of cinnamon or mixed spice

Break the bread into small pieces and place in a large bowl
Cover with half of the milk and mix until the bread is coated
Leave to stand for 15 mins.
Pre-heat the oven to approx 175C
In the meantime melt the chocolate, then add to the rest of the milk and add the beaten egg
Mix this chocolate, milk, egg mix to the bread and milk
Add the sugar and dried fruit and mix well, sprinkle in a teaspoon of mixed spice or cinnamon if you like.
Place in an ovenproof bowl and cook in the oven for about 50 mins
If it is set after this time, take it out and sprinkle with a small handful of sugar

Sorry I can't be more specific but it's done to taste really. Sometimes I add more sugar, sometimes more fruit. I don't usually add more milk and if I do then it takes longer to cook. This is really good but it doesn't beat traditional bread pudding, though it might if you didn't grow up eating thick slices of bread pudding. I think it still knocks spots off bread and butter pudding which I'm not that keen on.
Posted by Amanda at Little Foodies at 11:46

That's cute all the way around!
Man that looks out of site rich!! Almost licked the screen

I'm learning that everything in moderation is the key. I know I'll never be tiny - it's just not in my genes, but I can't imagine living off of soup!! But this bread pudding looks amazing!

I'm trying to accept that I'm never going to be a size 10, hell even a 12 would be more work than I'm willing to put in. I'm a natural size 14-16, sometimes happy with it but often not. I have been a size 10-12 and I had the most tedious diet in the world, one wrong move and I would put on 7lbs which I guess just shows how wrong it was for my body although it is hard to remember that in being my size I am healthy and choosing a life of delicious food as opposed to a life of ryvita spread with low fat cream cheese, no butter, no alcohol, no chocolate, no fun! Oh and I'm hugely jealous of people blessed by the skinny gene. And, by the way, this pud looks amazing.

Hi Deborah, I'm just not good at everything in moderation in any areas. I could live off soup for a week again, so long as it was different soups.

Hi Gemma, your comment made me laugh. I'm actually grown to love my curves that I gained after having the boys but when I started creeping up even more I thought I needed to get it in check before it got out of hand. I wouldn't want to be a size 10 anymore. I'm too old, it would give me wrinkles! tee hee...

Thank you all for your comments.
Amanda x

Amanda, I did it once, grim! And the wind, oof! Anyway, glad it worked. Hope you and the family are well.

Great looking pudding Amanda. I can tell you with all certainty that I owe my rather ample figure to 20 years of dieting! For every ten pounds I have lost I have gained back 15. That's the horrible truth. I don't think we are all meant to be the same size. Variety is the spice of life after all!

Hi Amanda, the diet sounds grim. I try for an everything in modertion approach. But sometimes you just have to go wild to stay sane. For instance if you are confronted with a delicious looking pudding like this one.

I just stumbled on your blog! I couldn't live on that soup. I live on the treadmill instead.

I've tried the cabbage soup and it's gross! I hate saying it but I threw out the whole batch cause it was so gross. If I ever want to lose a few pounds, I make a batch of veggie soup minus the cabbage- like onion,s mushrooms, celery, carrots etc and lots of crushed tomato. And then I have a big bowl before every meal. It works fairly well and it's better approach than the original soup diet.

The bread pudding looks sinful and delicious. I wish I could eat it right now.

Pig in the Kitchen said...

you didn't add the skinny = sexy = happy. Linking happiness to weight loss is a killer isn't it? I feel for you on the mad diet, I got confused reading the restrictions. marie has it right, diets don't work, but sometimes it's good to feel slim (er) for a while.
Good luck!
Pigx

Hi Amanda, I think I would have prefered your way of loosing weight to what I have done the past week here. LOL I don't recommend anyone catching the flu just to shed a few pounds, but it does work. Now to keep them off over the Christmas holidays. LOL
Anyway, I would like to wish you and your family a very Merry Christmas and a Happy and prosperous New Year. :)

Talk about a title that grabs attention! Amanda, I say good for you for sticking it out! If I wasn't breastfeeding I might have a go at it...
As for that pudding, I've never seen a bread pudding look that sexy. nice job!

We're still learning about different countries around the world and their foods (mainly from our own kitchen, though if we can sneak in a few holidays to taste the real thing then we will and do). We're doing this because we want our children to be aware of other cultures and to have adventurous palates. We started with Morocco, where to next... If you have any ideas or tips that we would find useful on our culinary travels, then please do leave us a comment or e-mail me at littlefoodies (aT) gmail (DoT) com. Of course there will still be the normal ramblings... Thank you for reading.

Recipes hidden in amongst the blog

This work is licenced under a Creative Commons Licence.